Here it is, the sixth and final installment of the Breakdown and Prediction series. Our last stop is the National League East. In this division we have Washington Nationals, Philadelphia Phillies, New York Mets, Miami Marlins and Atlanta Braves. Several teams have experienced the highs and lows the ups and downs year after year. One team shows continued success.

The past three season this division has belonged to the Atlanta Braves. Nationals last won the division title in 2017. New York Mets have not seen the top since 2015 and Miami has yet to clinch the division. Philadelphia was an absolute wrecking ball from 2007 to 2011, winning the division five season in a row. Let’s break it down and predict who will come out on top in 2021.

The Miami Marlins surprised a lot of people last season and finished second in the division. Making the post season and eventually dropping the NLDS to the Braves. Pablo Lopez and Sandy Alcantara lead a staff that is young and inexperienced. Sixto Sanchez is a 22 year old right hander that is nasty and a very promising arm for the Marlins future. He finished 3-2 with a 3.46 ERA last season. Third baseman, Brian Anderson, had a great 2020 – hitting .255 with 11 homeruns and 38 RBIs in the short 60 game season. The foundation of the offense is 30 year old first baseman Jesus Aguilar. The bruiser hit .277 with a .457 slugging percentage and 34 RBIs. Miami will show their youth throughout the season and it will be tough to compete in this top heavy division.

The Philadelphia Phillies finished 2020 third in the division with a 28-32 record. During the off season they decided to bring back several of their own, resigning Didi Gregorius and J.T. Realmuto. Both players were major components to what the organization is trying to accomplish. Of course, there is one player on this squad that is most notable. Bryce Harper came into the league in 2012 and won Rookie of the Year. He has been a productive force ever since. A .276 career BA with .513 slugging percentage. No wonder Philadelphia paid big bucks to sign him away from their division foe. Alec Bohm is a young third baseman that made is presence felt last year. He hit .338 with 23 RBIs and .481 slugging percentage. Aaron Nola leads a staff of several talented arms. Nola went 5-5 last season with a 3.28 ERA and 1.07 WHIP. Phillies will be a middle of the pack team for 2021.

The New York Mets have not seen the post season since 2016. They needed to make a splash to add some excitement for the fans base. I think they accomplished that. Trading for Francisco Lindor and Carlos Carrasco from the Cleveland Indians brings a much needed buzz. Mets finished fourth last season with 26-34 record. The pitching staff is lead by 2-time Cy Young Award winner, Jacob deGrom. The 32 year old right hander has a 2.61 career ERA and 1.04 WHIP. As mentioned before the addition of Lindor brings a buzz both offensively and defensively. He is a career .285 hitter with the ability to change the game once on the base paths. Pete Alonso, 26 year old first baseman, had 16 homeruns and 35 RBIs in the short 2020 season. He provides the power in the middle of that order. The pitching staff, if stays healthy, will keep them in the hunt. I see them being in the thick of it down the stretch.

The Washington Nationals finished dead last in 2020 – talk about a World Series hangover. However, they will bounce back in a big way. They have added several impact players that should improve on where they ended up a year ago. Josh Bell, 28 year old first baseman, had 37 HRs in 2019 and will be a threat in the middle of that order. Shortstop, Trea Turner, hit .335 last season with 12 HRs and 12 stolen bases. When discussing the future of MLB, 22 year old leftfielder, Juan Soto‘s name is amongst the names mentioned. Last season Soto hit .351, 13 Hrs, 37 RBIs and .695 slugging percentage. As impressive the positional players are the pitching staff is equally exceptional. Max Scherzer is the ace but also an absolute crazy person when he toes the rubber. Following him is hopefully a healthy 32 year old Stephen Strasburg. Nationals will be in contention for the division title and possibly a long run in the post season.

The past three season the National League East title has belonged to one team – Atlanta Braves. Could they be on a run of consistency like this organization had in the mid 90s to mid 2000s? I mean, it would be very difficult to match the 11 season streak of being division champ. However, this team is filled with studs. They have a pitching staff that is young and has shown they can get the job done. Max Fried gets the opening day nod and deservedly so. Last season the 27 year old left hander went 7-0 with a 2.25 ERA and 1.08 WHIP. Mike Soroka is working his way back slowly from his Achilles injury he suffered in 2020. In 2019 he showed signs he would be an ace going 13-4 with 2.68 ERA. Offensively they put together a mixture of power and speed that most teams find hard to match. The backbone of this squad for many years now has been Freddie Freeman. The 31 year old first baseman is a career .295 hitter, 4-time Allstar, 2-time Silver Slugger and 2020 League MVP. Rookie of the Year winner in 2018, Ronald Acuna Jr., is an explosive player with phenomenal skills. Braves have what it takes to take the top spot again in the division.

This divisional race will be very intriguing as the season progresses. Which of these talented teams maintain success throughout the long grind? Which teams fade away to the dog days of summer. Only time will tell. I have the Braves pulling out another one in 2021 but it won’t be by much. This division could have three playoff teams! 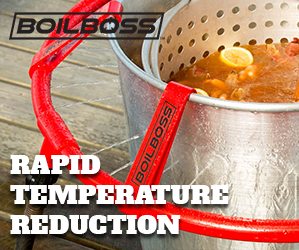